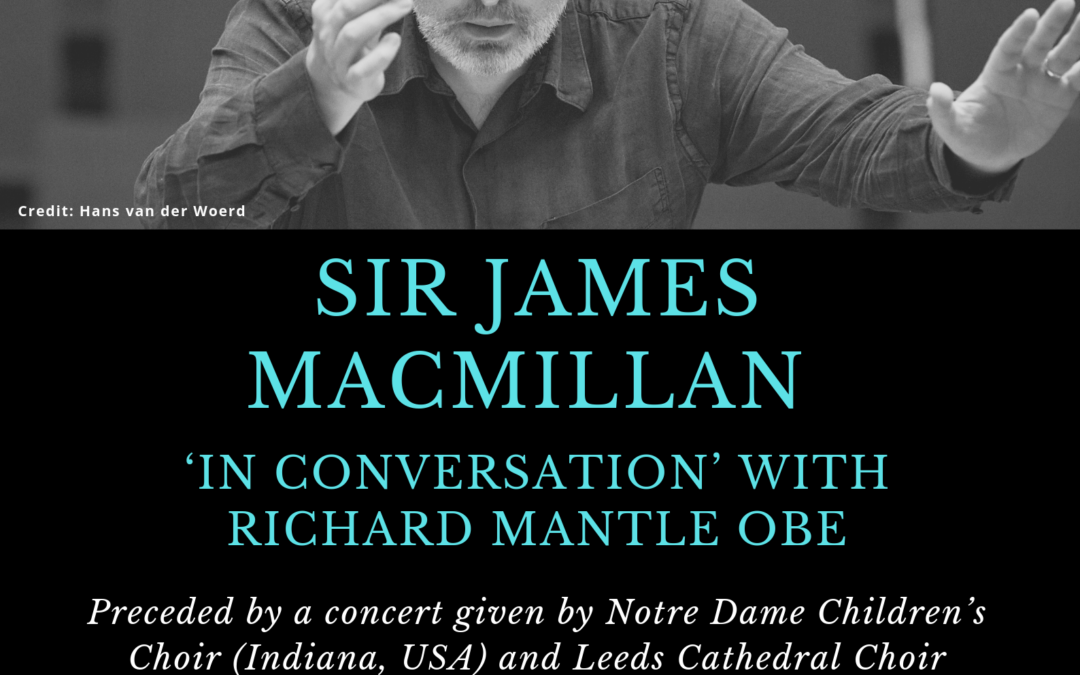 Sir James MacMillan in conversation with Richard Mantle OBE
by Diocese of Leeds Music Department
As part of the Leeds International Organ Festival, world-famous composer Sir James MacMillan is interviewed in Leeds Cathedral about his life and music by Richard Mantle OBE, General Director of Opera North.
MacMillan’s music has been performed at major festivals across the globe. His BBC Proms commission in 1990, The Confession of Isobel Gowdie, was met with critical acclaim, and he was awarded the British Composer Award for Liturgical Music, for his Strathclyde Motets, in December 2008.
The evening will begin with a performance given by Notre Dame Children’s Choir (Indiana, USA) alongside Leeds Cathedral’s own choir.
Tickets are available from:
https://www.eventbrite.co.uk/e/sir-james-macmillan-in-conversation-with-richard-mantle-obe-tickets-58720280941?aff=efbeventtix&fbclid=IwAR3hzVYS20a1r5tds8jMgEfQOy57qPOG0v01YKg_VeoAwBQ1Z32cLspgnx0